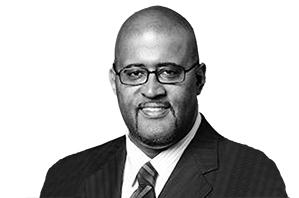 Habitat for Humanity Detroit, an affiliate of Habitat for Humanity International, whose nonprofit mission is to provide low-income working families with decent, affordable housing in which they can raise their families, has announced the selection of Kenneth V. Cockrel, Jr. as its new executive director.  The selection was made after a thorough six month search process.

“We are very pleased to announce this appointment,” reported Board Chairman Bishop Edgar Vann ll.  “Ken will bring leadership and creativity to the organization and will strive to strengthen our programs with a deep sense of commitment.  Ken has the experience, the knowledge base and the relationships to be successful in helping us reach our goals and objectives. We are looking forward to him taking Habitat Detroit to the next level.”

Previously, Ken served as the executive director for the Detroit Future City Implementation Office. In that capacity, Ken led a 13 person team in efforts to realize the potential of the Detroit Strategic Framework, a 353 page document which lays out a 50-year land use vision for Detroit.

Prior to this, Ken had an illustrious political career, serving on the Detroit City Council for 16 years, including one term as City Council president, as well as serving four terms on the Wayne County Commission. He also served as Mayor of Detroit in 2008-09, following Mayor Kwame Kilpatrick’s resignation.

As a Detroit city councilmember, Ken passed several very important pieces of legislation including: ordinances to prevent the over-concentration of liquor stores, pawn shops, and other disruptive businesses in residential neighborhoods and an ordinance mandating timely payment of vendors. He also established the Green Task Force to educate the Detroit community on green principles and encourage the implementation of green practices in new construction, existing buildings, neighborhood revitalization and government operations.

“I am looking forward to this new challenge and continuing to serve the public in this important role,” states Kenneth Cockrel, Jr.  “I am dedicated to the nonprofit sector because it provides vital human services and cultural enrichment to our communities.  Habitat for Humanity plays a key role in visioning and championing Detroit’s neighborhood revitalization and I’m excited to lead this great organization into the future.”

Nominations for the 2016 Habbies

Login to Habitat for Humanity Detroit
Reset Password
Enter the username or e-mail you used in your profile. A password reset link will be sent to you by email.

When you visit our website, it may store information through your browser from specific services, usually in the form of cookies. Here you can change your Privacy preferences. It is worth noting that blocking some types of cookies may impact your experience on our website and the services we are able to offer.